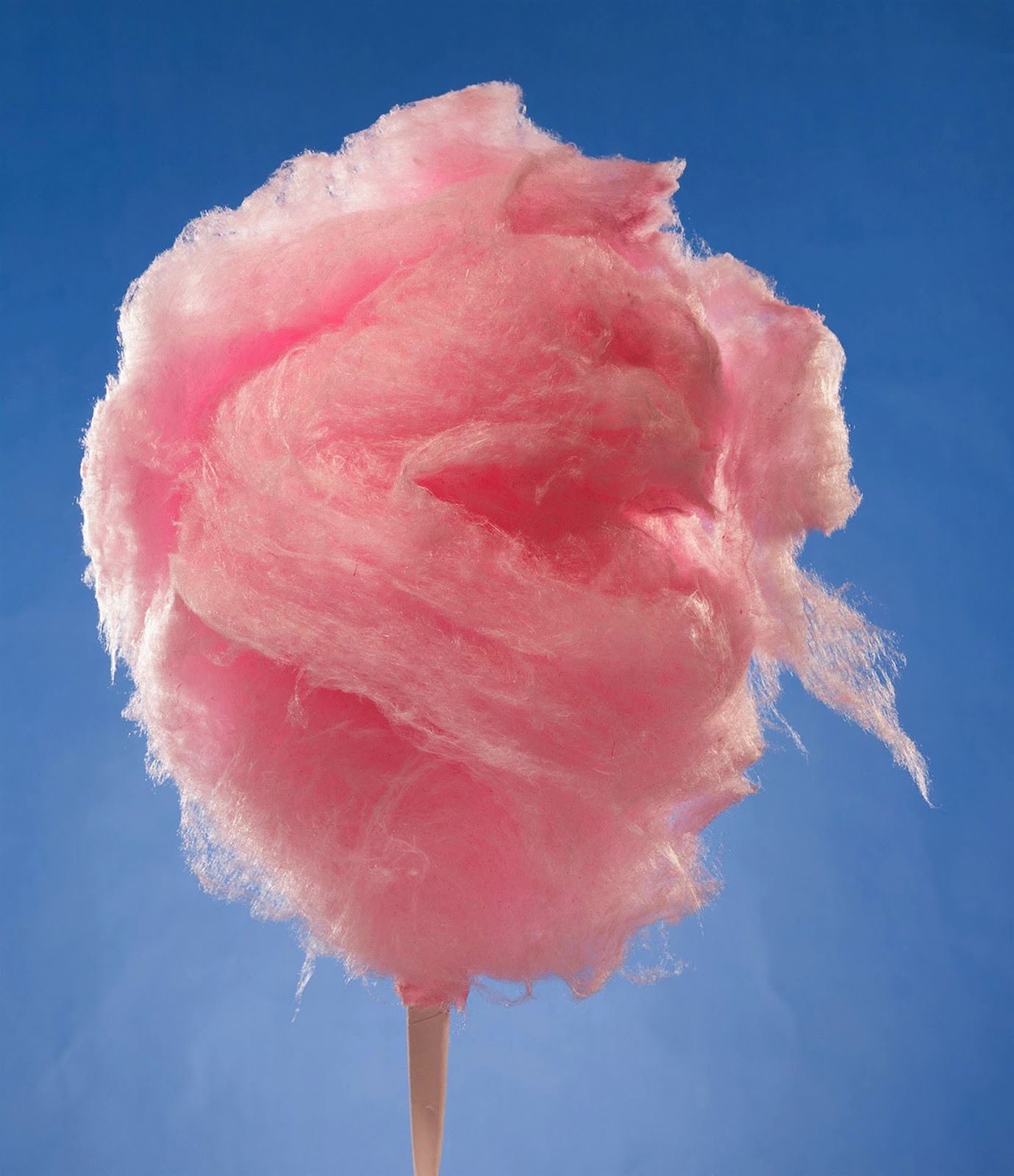 ... Early-medieval Venetian confectioners were famed for their skills with spun sugar, which was accepted as decorative art in its own right.  This is the technique whereby a sugar syrup is boiled very hot, to 160 degrees C, or 320 degrees F, two forks tied back to back are dipped in, and the sugar mixture is flicked off to create (in theory) long, thin strands of sugar.  These harden quickly but not immediately, so it is possible to prepare a bundle of these strands by draping them over a wooden broom handle, and then working them up into whatever outlandish shape is desired.

During the Renaissance in northern Italy, the subtlety tradition was not discarded, but made elegant and up-to-date in "trionfi", sugar versions of celebrated contemporary bronze sculptures, that formed the centerpiece at fashionable tables. Venice was particularly feted for the skills with sugar of its confectioners, who molded it into fantastic tableaux of animals, mythic figures, buildings, birds, fruits, or pastoral scenes, and tiny replicas of everyday and not-so-everyday objects that littered the table for the amusement of guests.  Henry III of France was treated to a banquet in Venice at which everything, including the tablecloth, was made of spun sugar - 1,286 items in all, by Nicolò della Cavalliera, copying models designed by Sansovino - and at a reception in the Doge's palace in honor of Beatrice d'Este, Duchess of Milan, there was a spread that consisted of 'divers items all made of gilded sugar, to the number of three hundred'.  In humbler, more domestic vein, the Englishman Sir Hugh Platt lists 'Buttons, Beakes, Charms, Snakes, Snailes, Frogs, Roses, Chives, Shooes, Slippers, Keyes, Knives, Gloves, Letters, Knots'.  Edible cutlery and tableware was an extremely popular branch of sugar confectionery, the more realistic the better ...

→ Sweets: A History of Candy by Tim Richardson


"HOW TO SPIN SUGAR" - Candies and bonbons and how to make them, 1913 by Marion Harris Neil 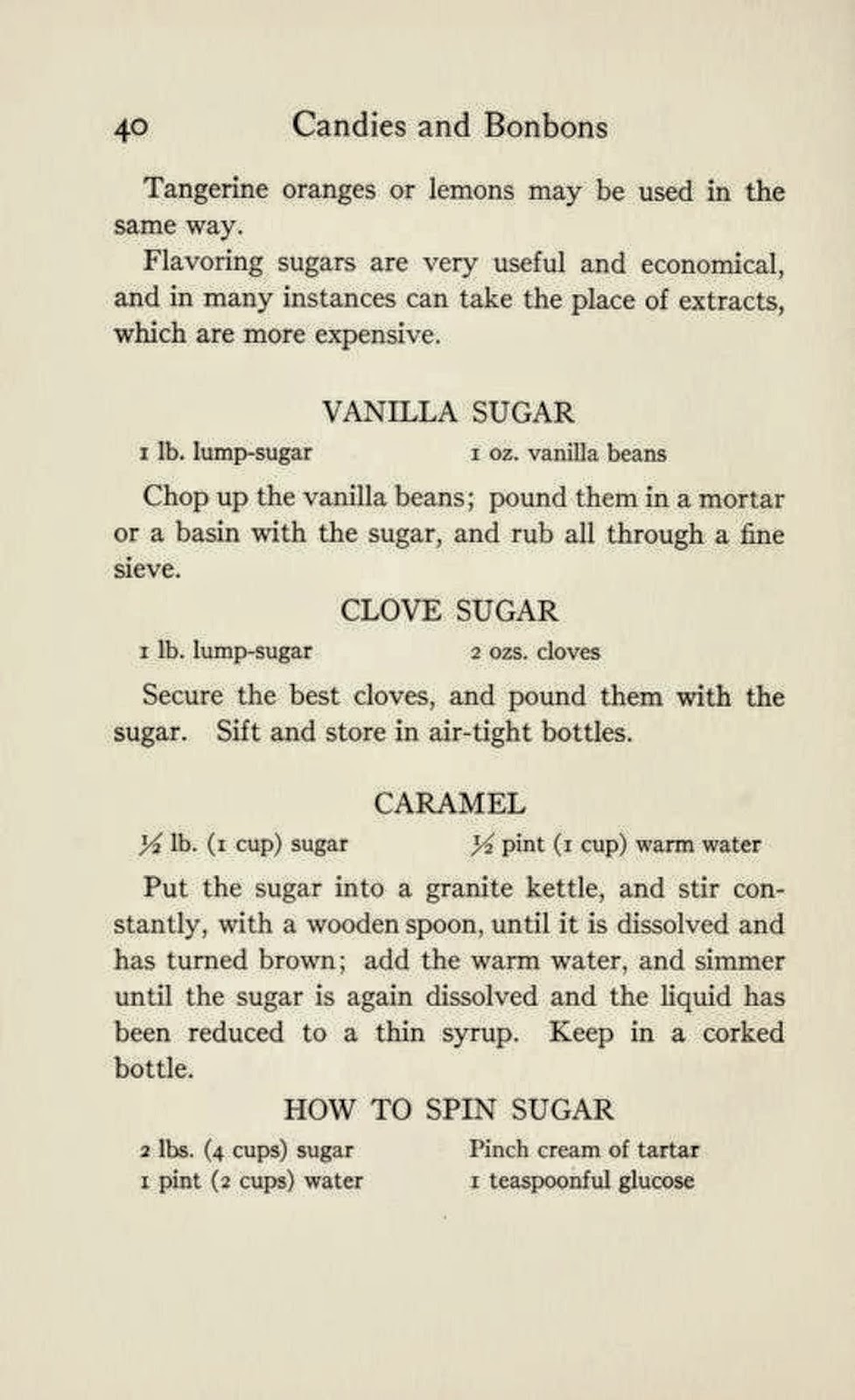 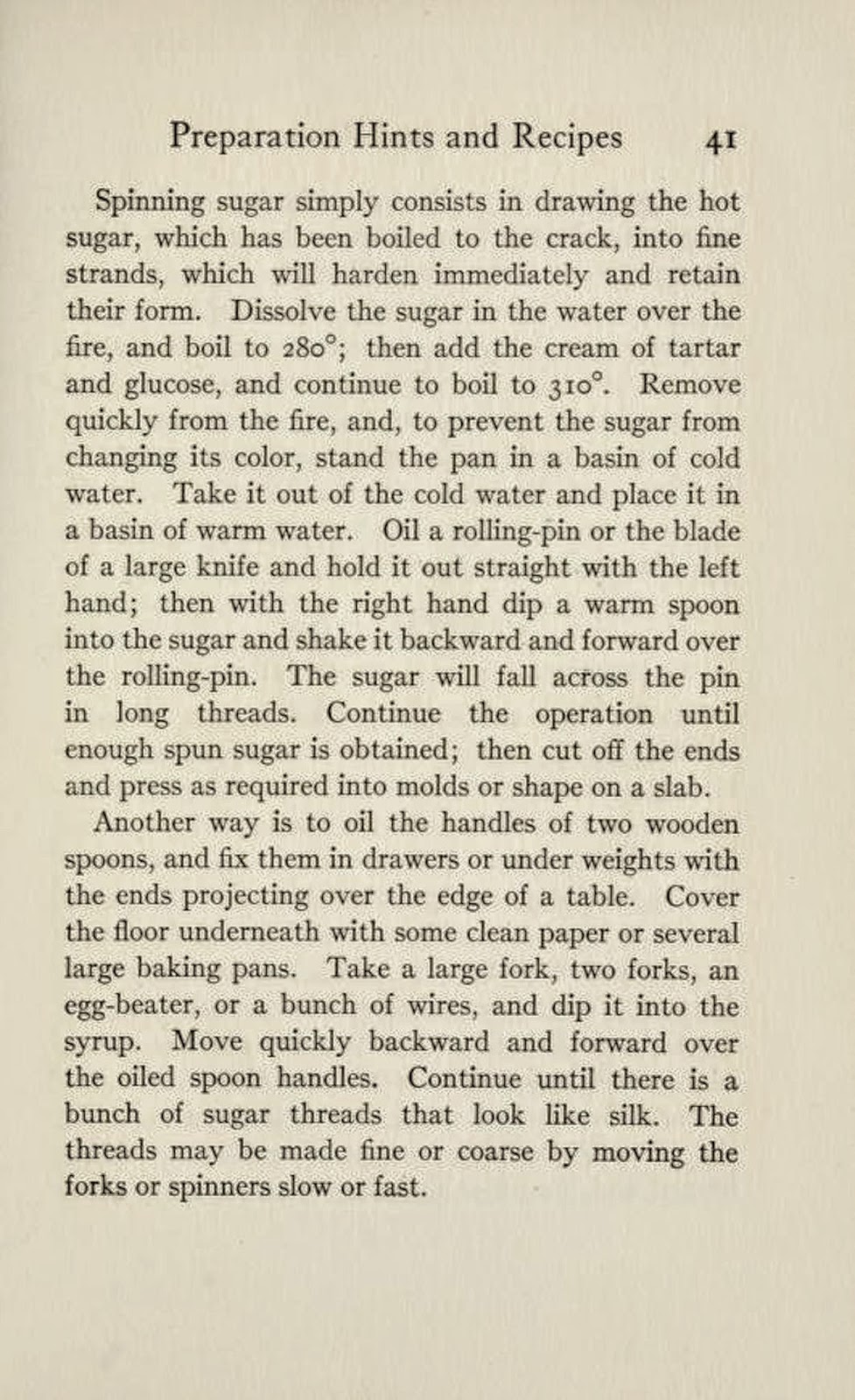 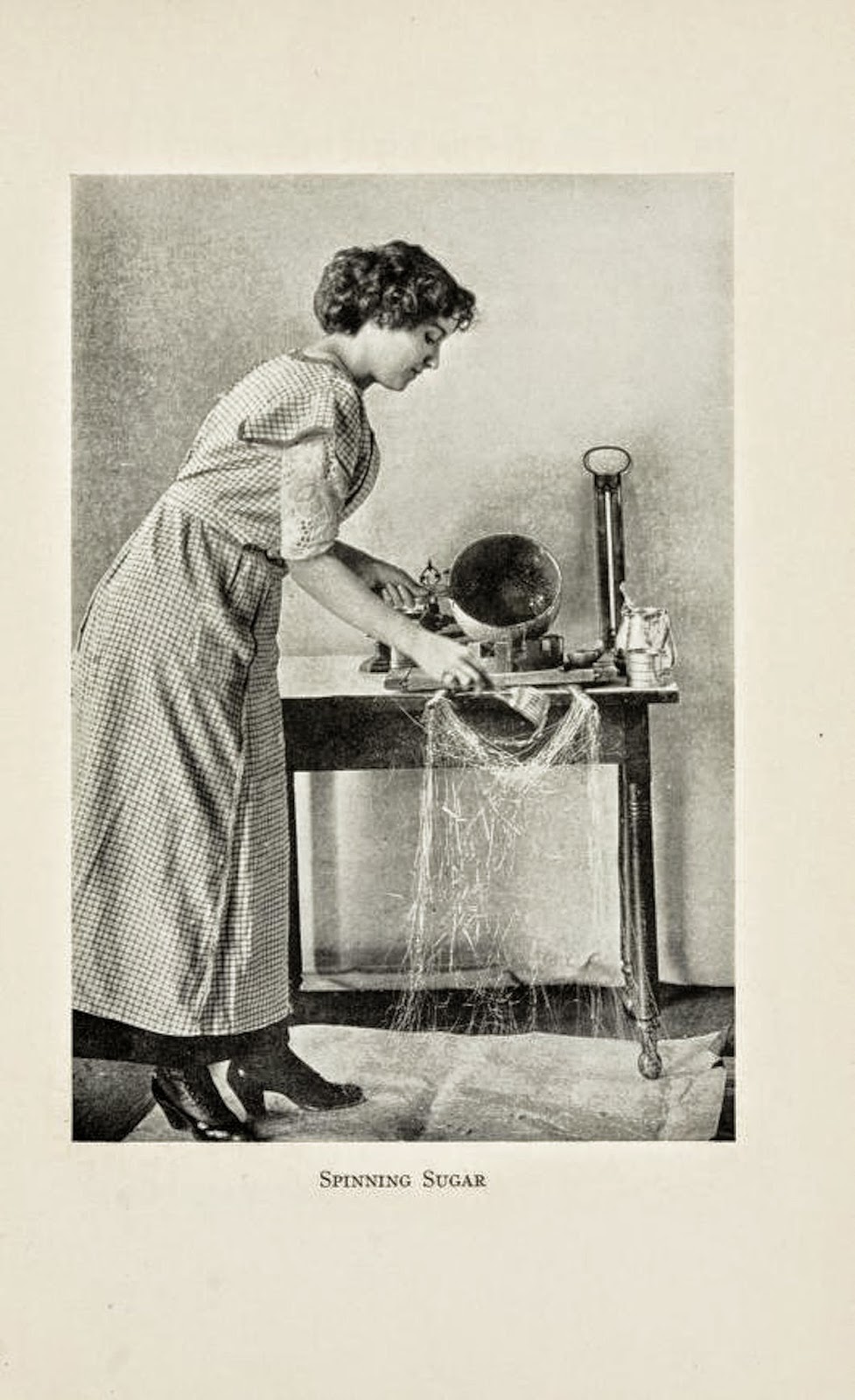