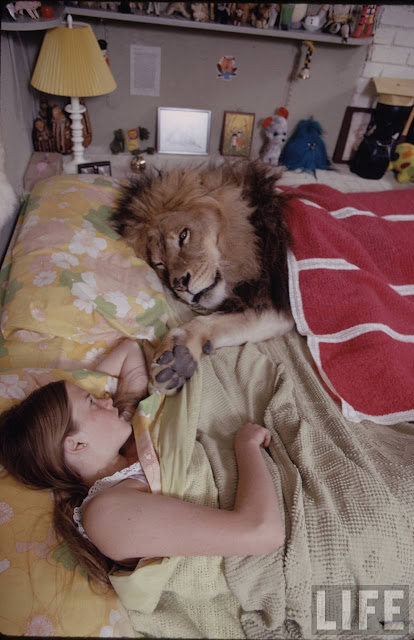 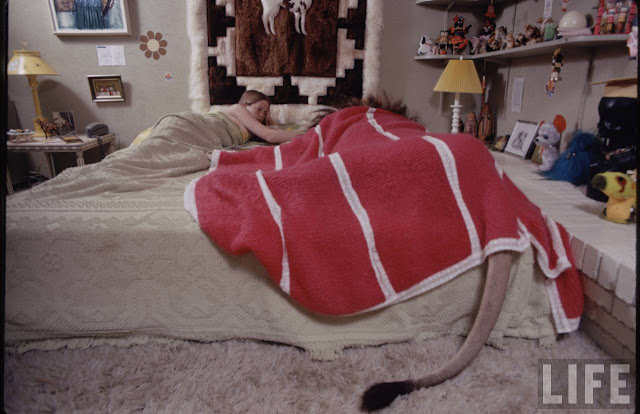 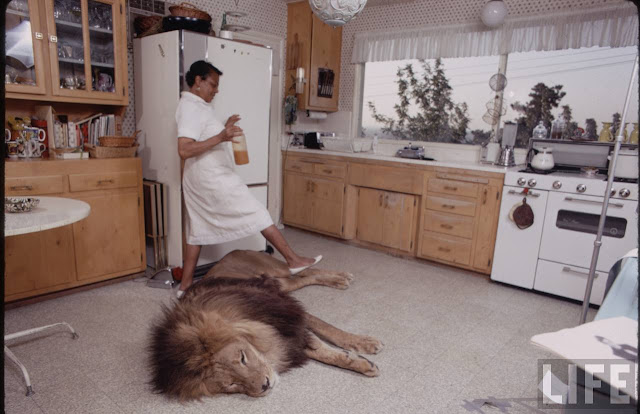 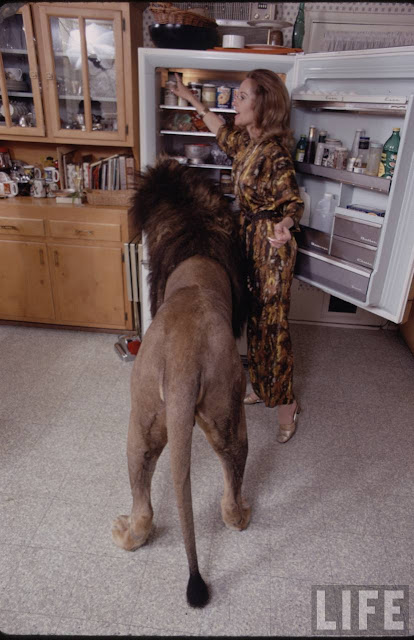 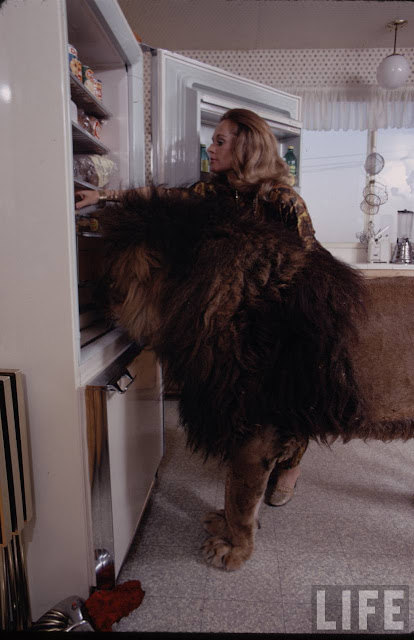 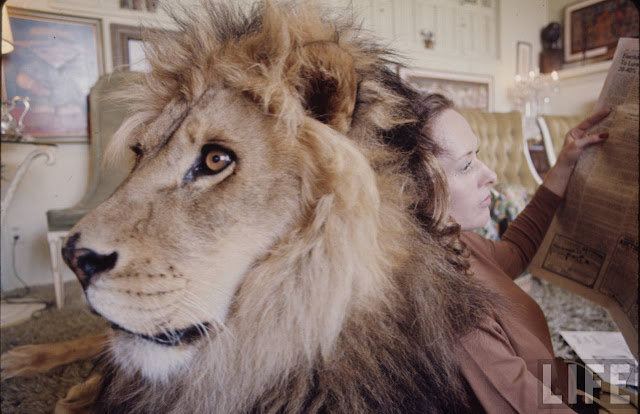 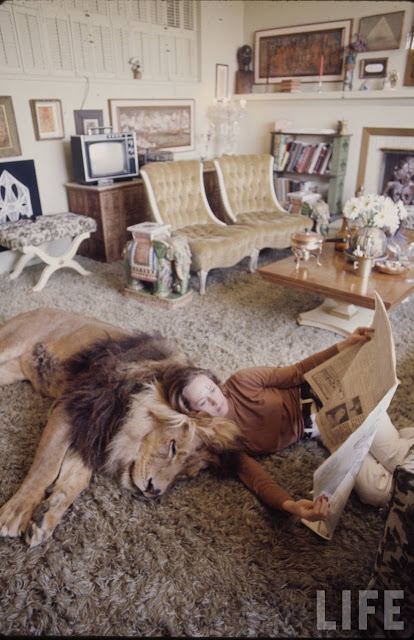 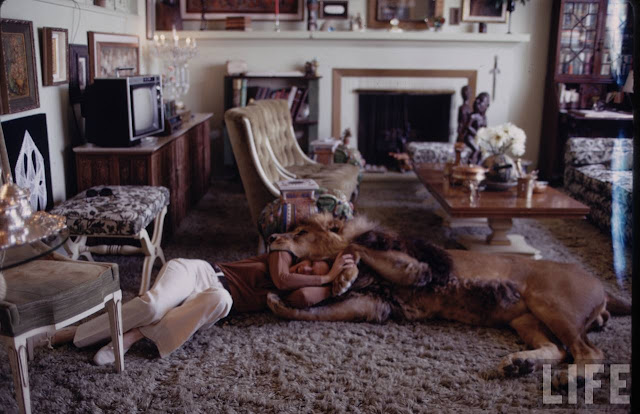 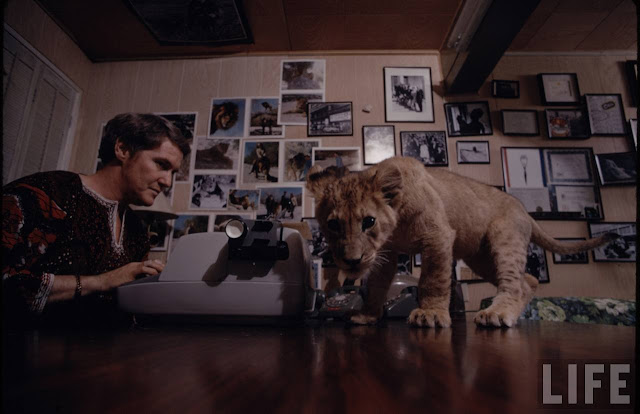 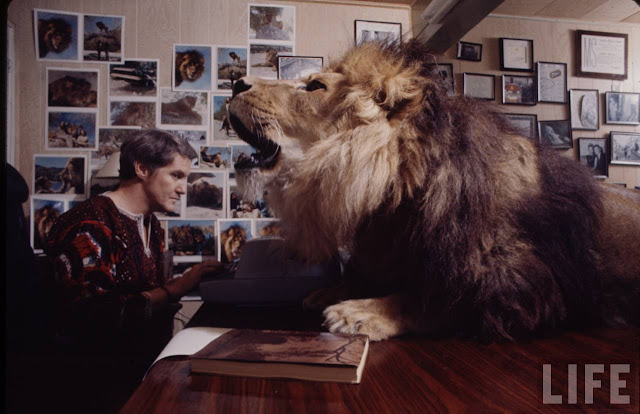 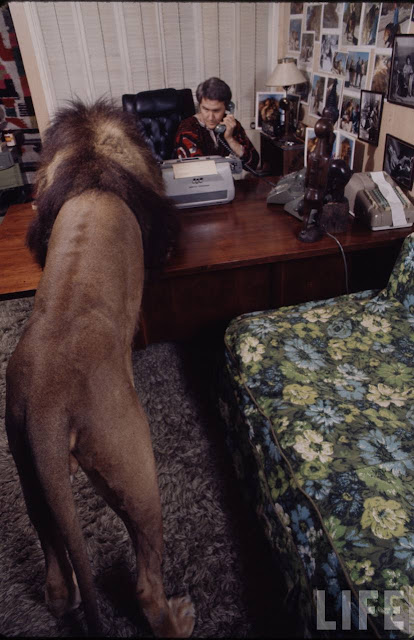 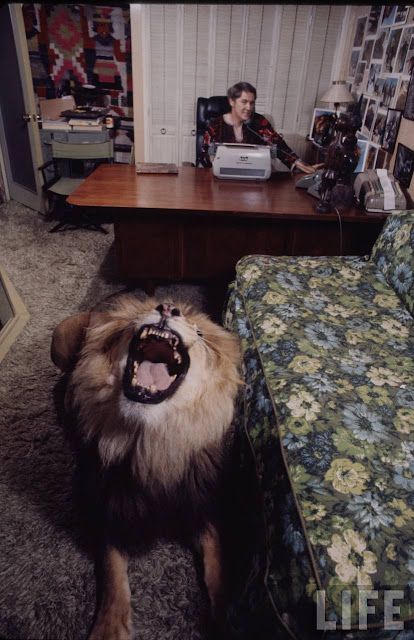 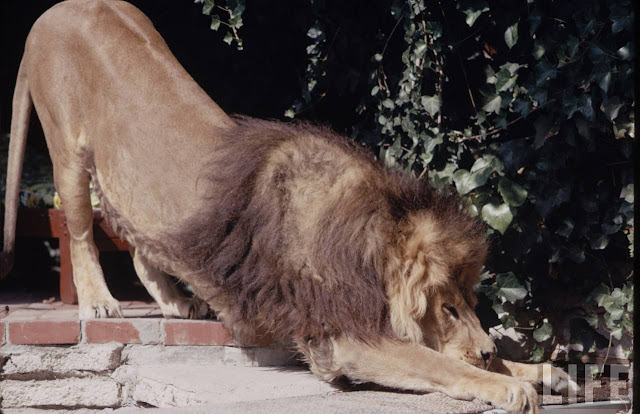 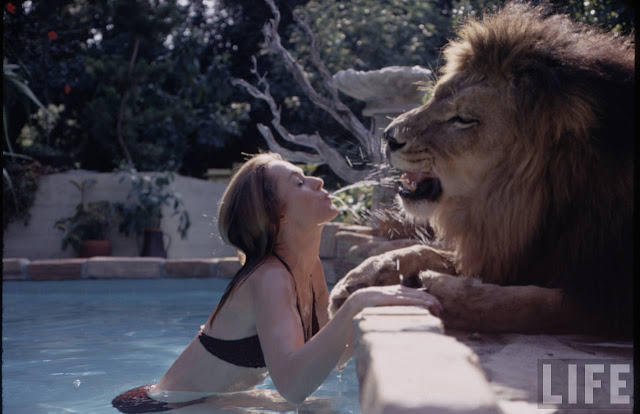 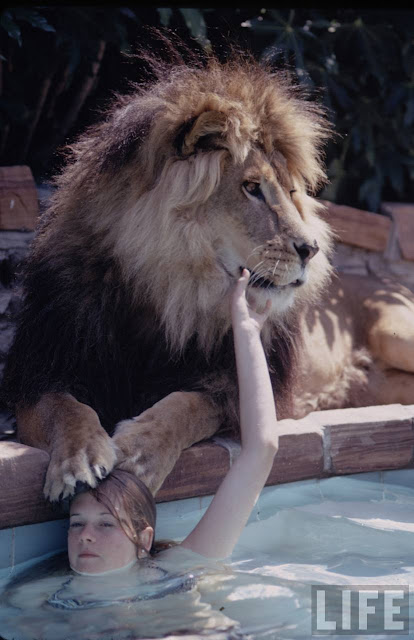 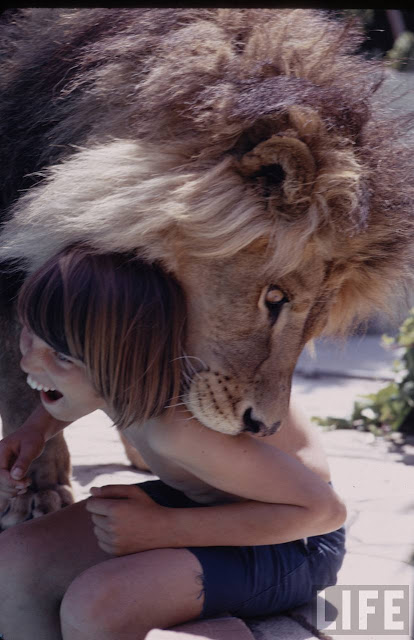 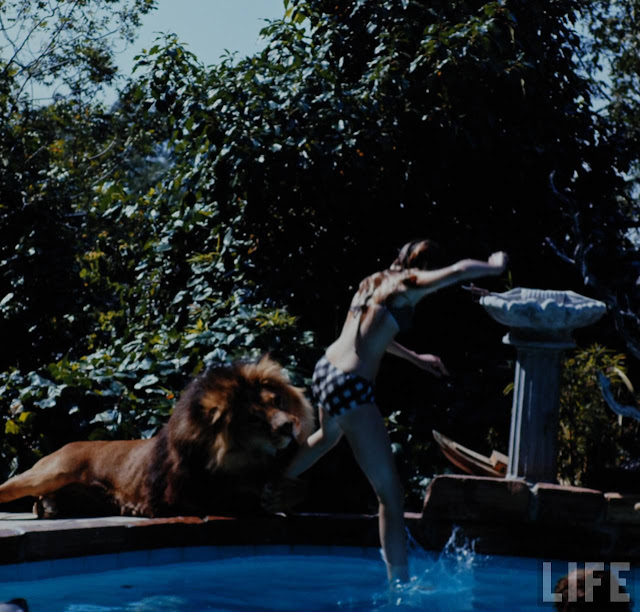 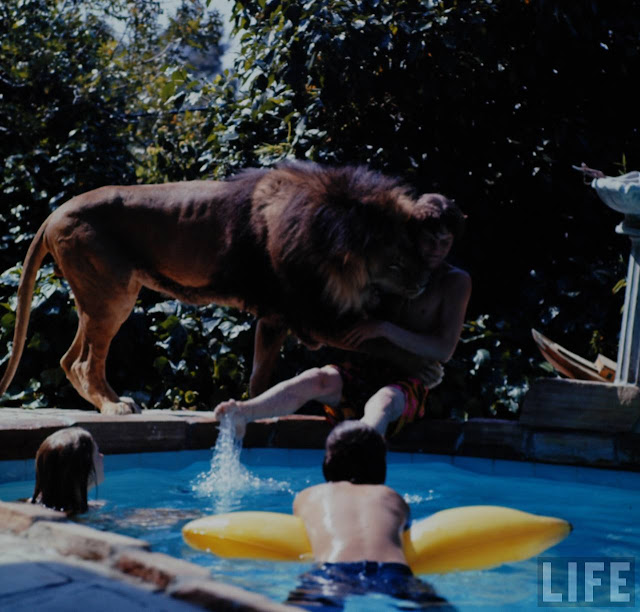 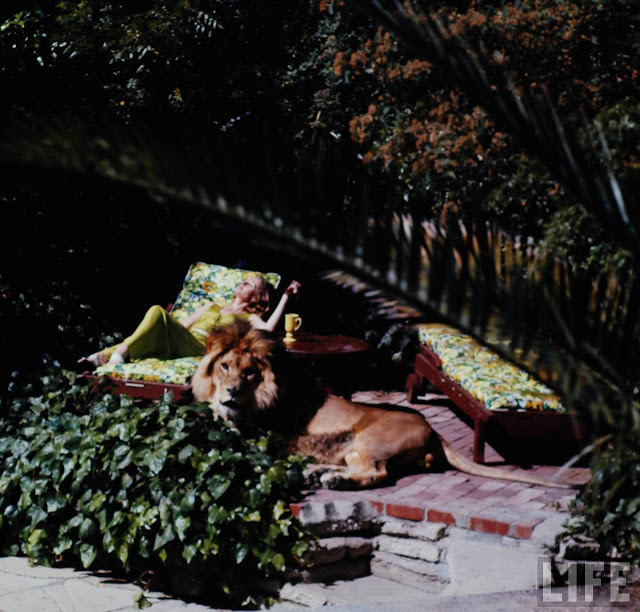 
In the 1970′s, actress and model Tippi Hedren (mother of actress Melanie Griffith) created the Shambala Preserve after producing the film Roar. The preserve rescued exotic big cats living in captivity that had been abused or were in need of help, one of which the family created a close bond with. Neil the lion lived with the family in their home, and played an active role in the day to day activities of the preserve.