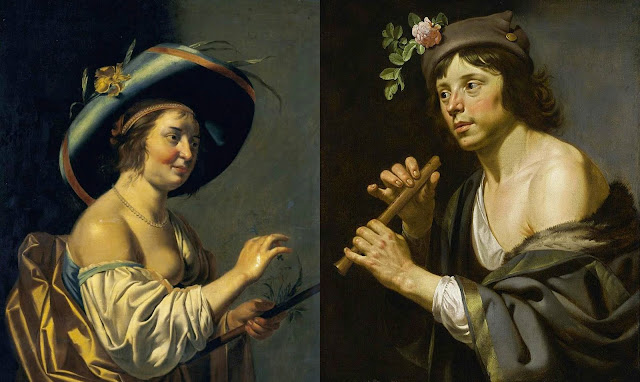 Shepherdess with a large Hat and Staff and Shepherd with a Flute, ca. 1639


Jan van Bijlert (1597/98-1671) is best known as one of the Utrecht Caravaggists and is often ranked with Hendrick ter Brugghen, Gerard van Honthorst and Dirck van Baburen. However, Van Bijlert is not primarily a Caravaggist painter, he is also a Classicist and a painter of ‘realistic’ Dutch genre scenes and portraits. He was readily inspired by new movements and developments which is reflected in a remarkable versatility in style and content as well as in quality. His inspiration comes from Dutch contemporaries such as Abraham Bloemaert and Gerard van Honthorst, from Italy (Caravaggio, Guido Reni, Orazio Gentileschi) and France (Simon Vouet).