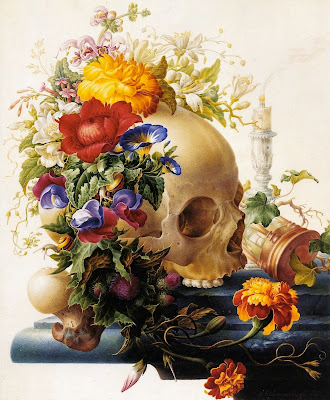 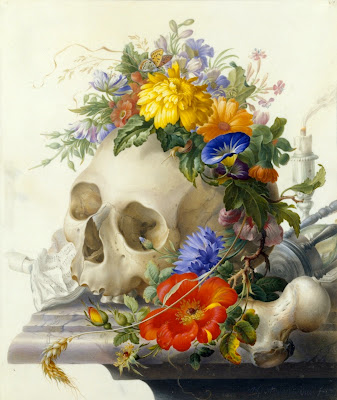 Herman Henstenburgh, ca. 1700
Herman Henstenburgh [1667 - 1726], together with his teacher Johannes Bronckhorst and son, Anton Henstenburgh, was one of a trio of notable natural history artists from the Dutch town of Hoorn, who also worked, perhaps primarily, as pastrybakers. These three artists define Dutch natural history drawing of the period around 1700, standing as a crucial stylistic link between the generally more scientifically motivated drawings of the 17th century, and the greater emphasis on decoration often seen in the works of subsequent generations.
From the time of the Tulip Mania, if not before, Dutch natural history draughtsmen had, perhaps in contrast to their painter colleagues, sought above all else to record and document faithfully the rich variety of species of the natural world, and even though their drawings were often very beautiful, they served primarily as catalogues of the contents of various collections of naturalia. Yet unlike their predecessors, Bronckhorst and Henstenburgh rapidly moved on from making drawings that simply recorded the appearance of a particular plant or animal, to making complete compositions which, while generally very accurate in terms of natural history, were clearly conceived first and foremost as decorative independent works of art.
Henstenburgh soon achieved a technique of astonishing virtuosity, in which immense refinement of touch and mastery of color combine to produce some of the most beautiful natural history watercolors of the period.  His work was much sought
after at the time by Dutch and foreign collectors. For example, by 1700 Cosimo III de' Medici already owned three of his drawings.
➔  Sotheby's Amsterdam
➔ The Metropolitan Museum of Art