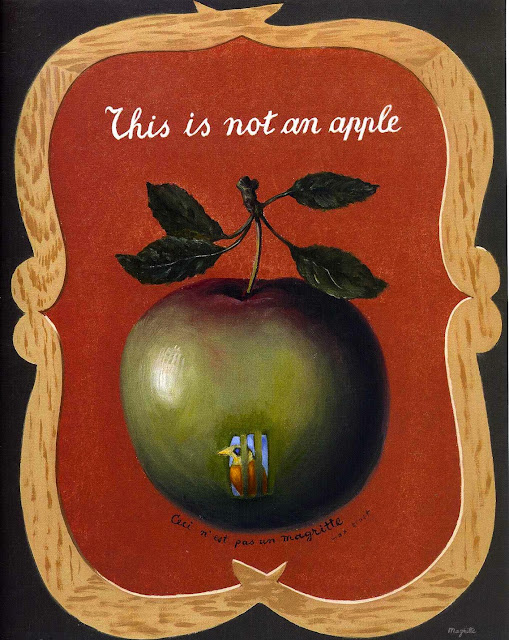 René Magritte ~ Les Forces de l'Habitude, 1960
"Magritte," said Daniel Filipacchi, "was both someone very serious, very bourgeois, and someone with a great sense of humor who knew how to laugh. He was rather complicated. In Max Ernst's dining room in Paris there was a painting by Magritte, entitled Force of Habit, in which a heraldic image of a large green apple is inscribed in English, "This is not an apple." Max and Magritte had exchanged pictures, as artists often do. And Max, in the middle of the apple, had painted a cage with a bird inside. Below this cage, Max had written, "Ceci n'est pas un Magritte - signed Max Ernst." It was pretty funny, at least I thought so. It transformed that painting by Magritte, which was a little boring, into something exceptional. The only problem is that when Magritte came and saw the picture, he laughed politely, but he hated it." 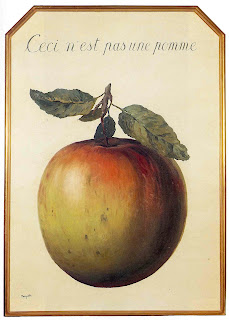