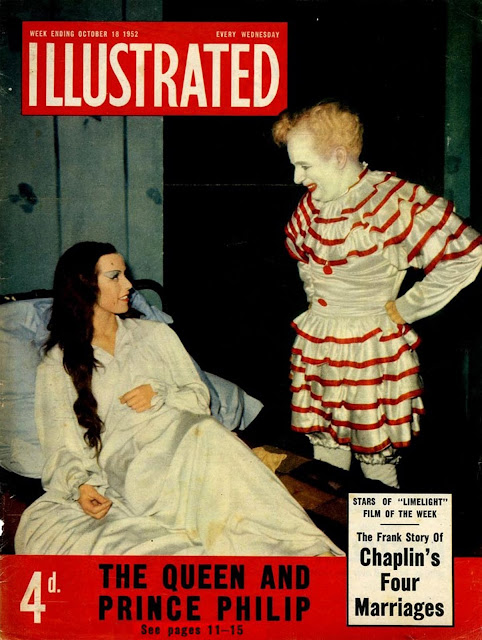 
Filming Limelight
Charles Chaplin made Limelight at the most troubled period of his adult career. In the late 1940s, America¹s Cold War paranoia reached its peak, and Chaplin, as a foreigner with liberal and humanist sympathies, was a prime target for political witch-hunters. It did not help that he had recently been cited in an unseemly paternity suit. Pilloried as he was by the right-wing press and reactionary institutions like the American Legion, it seemed that America had turned against the man it had once idolised.
In this atmosphere, his 1947 film, Monsieur Verdoux with its sardonic view of war, was attacked as being anti-American. Not surprisingly, then, in choosing his next subject he deliberately sought escape from disagreeable contemporary reality. He found it in bitter-sweet nostalgia for the world of his youth – the world of the London music halls at the opening of the 20th century, where he had first discovered his genius as an entertainer.

His story concerns a once-famous comedian who has lost the ability to command his audience. Chaplin said that he based the character on real-life stage personalities whom he had seen lose their gifts and their public – the American black-face comedian Frank Tinney (1878-1940) and the Spanish clown Marceline (1873-1927) with whom he had himself worked as a boy. Clearly he was also thinking of his own present bitter experience of a faithless public...
Keep reading here  ➔  Charlie Chaplin: Official Website
Text by David Robinson / Copyright 2004 MK2 SA
facebook   ➔   Charlie Chaplin (Official)

would you be able to tell me where you got this cover and whether or not the entire issue of this magazine is available online?? Thanks :)

hello, found online a long time ago, while researching Chaplin and Keaton for a project, so not sure where you can find complete copy, but check BFI's Chaplin page for one article and much much more (http://chaplin.bfi.org.uk/) ... Best of luck!!!