The photographer, Levon Boyadjian, or 'Van-Leo' as he called himself, was the last in a long line of distinguished Armenians who pioneered and dominated the burgeoning craft of photography in the Middle East. Working for close to 60 years, the eccentric photographer created some of the most interesting black-and-white portraits ever produced in the Arab world. Part artist-philosopher and part aspiring actor/director, Van-Leo came to prominence as a photographer during Cairo’s belle époque – a cosmopolitan period spanning the late 19th to mid-20th centuries and known for its relative liberal mores and multiculturalism. His unique aesthetic successfully fused the worlds of fantasy, glamour and documentary studio-portraiture.

The Exodus and Impetus
Born in the village of Jihane in eastern Turkey in 1921, Van-Leo fled with his family to Egypt at the age of four, escaping the persecution of Armenians during and after the First World War. As a young man living in Cairo, he became enamoured of, and obsessed with, Hollywood movie stars, collecting magazines and miniature cards featuring still images of his favourite actors and actresses in character. Intoxicated by cinema and living in a fantasy world of fictional characters and make- believe, Van-Leo decided to leave his floundering studies at the American University and devote his life to photographing people in the manner of a possessed cinema director armed with a stills camera.

At 19, Van-Leo used his connections in the Armenian photographic community to arrange an apprenticeship at Artinian’s Studio Venus in downtown Cairo in 1940. There he managed to extract as many trade secrets as he could from an otherwise reticent boss. Seeing his enthusiasm and wanting to encourage his inborn entrepreneurial spirit, Van-Leo’s father purchased a 10x10 format studio camera and lighting equipment for his son and suggested that he start photographing his work colleagues for profit. Van-Leo promptly left Studio Venus and set up in partnership with his brother Angelo, opening up Angelo Studio in the living room of the Boyadjian family apartment on 18 Fouad 1st Avenue, in January 1941.

With the Second World War in full swing, and with Cairo in the clutches of internationalists and grand strategists, there was no shortage of clientele for the young neophyte portraitist. British soldiers stationed in the Egyptian capital, and the hordes of foreign entertainers that flocked to the city to find work and to escape the war in Europe, not only formed the backbone of Van-Leo’s clientele but also became his most cooperative and malleable subjects. At times, in exchange for a free portrait, the photographer would convince his most attractive sitters to give him complete creative licence. His approach in this regard was to employ cinematic techniques of artificial light, shadow and suggestive poses to generate charismatic personas – iconic creations that bordered on film noire in their mood and which invoked moments of drama. In this way Van-Leo blurred the lines between reality and fiction in an era and culture when such artistic approaches had not yet arisen in the collective imagination. “I am like a film director,” Van- Leo once remarked. “The customer has no idea what to do.”

It was partly in this strange and novel manner that Van-Leo captured the personalities of Cairo during the heady war years of the 1940s and after. Beginning with World War Two theatre troops, he quickly moved to photographing aristocrats, cabaret dancers, singers, actors, expatriates and Egyptians from all walks of life. As his reputation grew, countless people flocked to his studio to be photographed. These included such Middle Eastern notables and society figures as the writer Taha Hussein, actors Omar Sharif, Rushdie Abaza and Samia Gamal, and the singers Farid Al-Atrache and Dalida. As much as Van-Leo is known today as a photographer of Egypt’s upper crust, he is becoming equally renowned as a self-portraitist, having taken over 400 photographs of himself disguised as 400 different characters. Van-Leo’s fictional avatars range from Zorro and Rasputin to Sam Spade and all manner of personas in-between: from a steamship captain to a gangster, to a British fighter-bomber. Each of these images provides a key to the furthest depths of Van-Leo’s psyche, linking the observer directly with a man who wanted to live every fictional character in endless worlds of his own making. Indeed, Van-Leo admitted to devoting most of his free time in the 1940s to creating self-portraits. “My father used to get very angry,” Van-Leo admitted in 1998. “He’d tell me: ‘Did you make the studio for yourself or for the customer? Stop making photos of yourself!’” 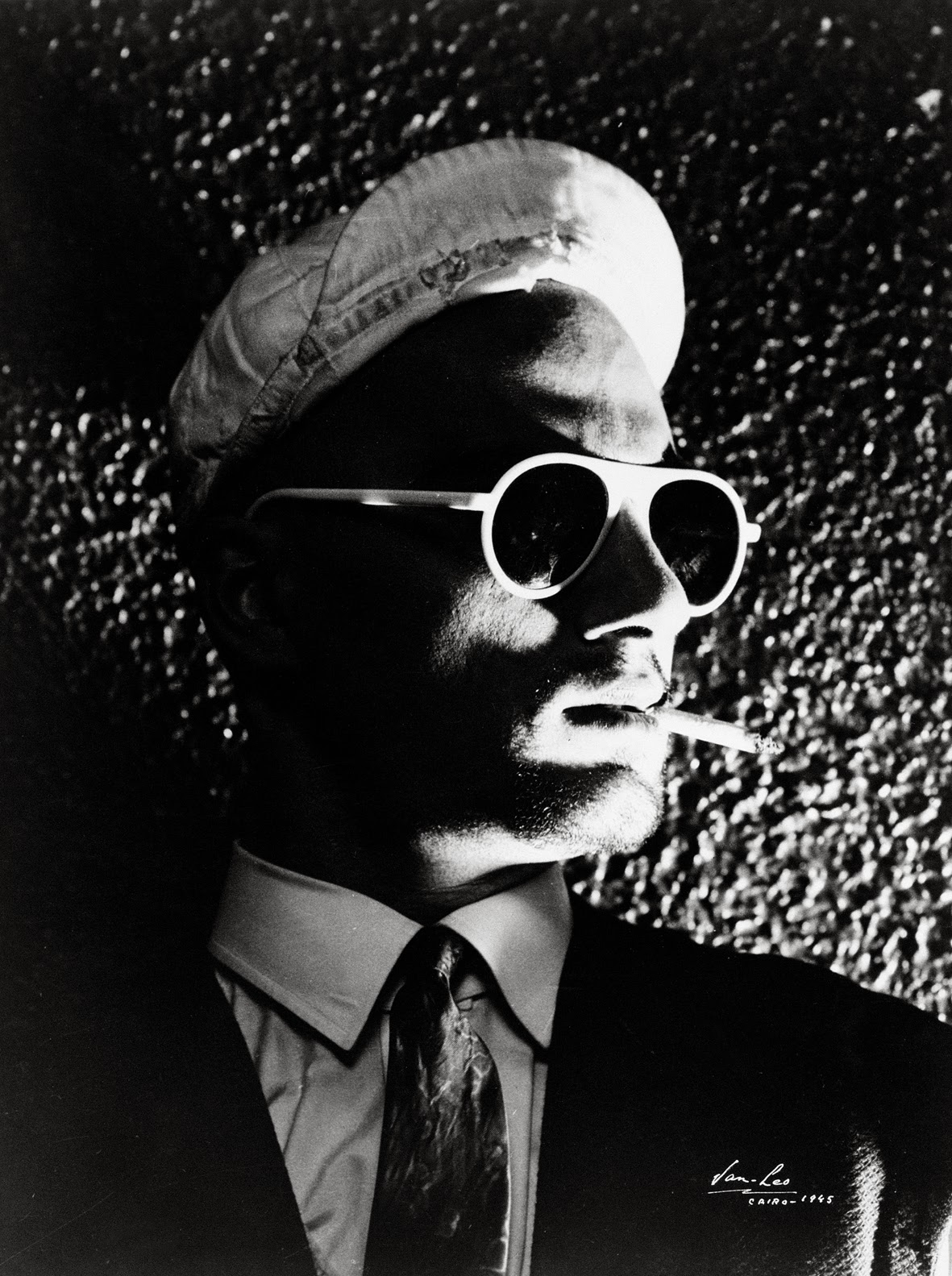 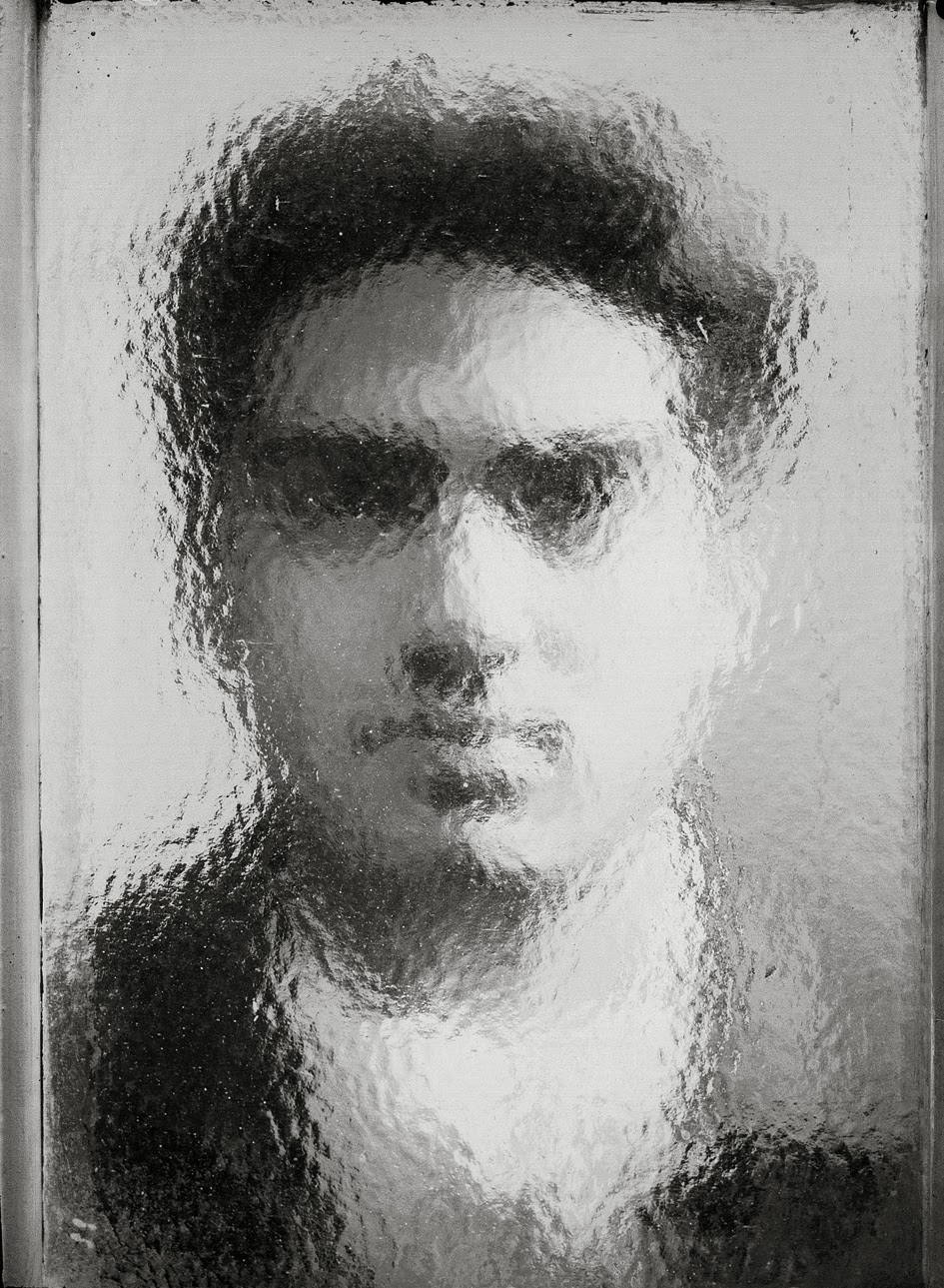 Van-Leo’s struggles with identity and personality were not just visible in the realms of his photographic fictions. They also appeared in his personal life. His relationship with his brother and business partner Angelo, a much overlooked aspect of his formation as an artist, was as difficult and complex a matter as  any in his life. “The two brothers were as opposite in character as any two people could possibly be,” says Angelo’s surviving daughter, Katia Boyadjian, an artist and photographer who lives in Normandy, France. “Angelo was loud, over-confidant, flamboyant, reckless, irresponsible, and a gambler, while Van- Leo was artistic, quiet, feminine, solitary, and was cautious and miserly in the extreme.” But he was also devoted to his work.

Different Angles
When Angelo started to neglect his duties at the studio, and began dipping into the studio cash-till to support his lifestyle of drunken late-night parties at the Cairo cabarets, Van-Leo decided to abort the partnership. In 1947, the brothers terminated their collaboration and both photographers looked to begin anew professionally. In the summer of that year Van-Leo bought Studio Metro, located across the street on 7 Fouad 1st Avenue, from Kourken Yegorian for 450 Egyptian pounds – a price that included the equipment and furniture. Studio Metro would be renamed Studio Van-Leo by Boyadjian later, in 1955. Meanwhile, Van-Leo's brother kept the old Studio Angelo, which he eventually moved to Cherif Pasha Street, and then to a different location on Abdel Khalek Tharwat Street.

“There was no resentment between the brothers when I first met them in 1953,” says Raga Serag, Van-Leo’s former studio assistant and girlfriend, who today lives in Cairo’s crowded Shubra district. “Relations were very normal. Of course, Angelo was an ‘ afreet (mischievous) but Leon was very patient with him.” Though still amicably tied, the two brothers, now business rivals, would find their relationship over time increasingly beset with tension. Angelo and Van-Leo envied each other for the position each came to occupy in life; a strange irony, considering that both brothers were deeply dissatisfied with their respective achievements. Eventually, Angelo would emigrate to Paris in 1960 with his French wife in tow, where he would struggle as a photographer with mixed success, dreaming constantly of returning to Egypt while Van- Leo looked at Angelo in envy, himself wanting to flee the country but not having the strength or will to do so. “Both men lived in a kind of perpetual exile, always as foreigners, and with identity issues,” Boyadjian says.

Although Angelo took many of his own negatives and prints with him upon leaving in 1947 – including his own images of Omar Sharif, Dalida and Samia Gamal – it remains difficult to discern which of a number of Van-Leo’s early photographs were his alone or were instead the result of an equal collaboration between the two brothers. Although it is generally agreed that Van-Leo was the more talented of the brothers, and that their styles bear different artistic signatures, many of the narratives published on Van-Leo until now have assumed that all of his work up until 1947 was his alone. “In a sense the boundary between Van-Leo and Angelo in the early years is one which will always be blurred,” Boyadjian says. “You cannot know one man without knowing the other.”

From a professional standpoint, Angelo’s flight from Egypt may not have been the worst of all possible fates for an Egyptian photographer at that time. Although managing to take high quality black-and-white portraits well into the 1960s, increasing political upheavals, a vanishing clientele and the slow decline of black-and-white photography caused Van- Leo’s business to flounder by the early 1970s. The 1980s saw an even further withdrawal by the artist from an increasingly indifferent and growingly conservative Cairo, more interested in passport photos than in fine art photographs. This state of affairs persisted until the early-mid 1990s when Van-Leo was suddenly rediscovered by Cairo’s expatriates, like Professor Schleifer and others, who, smitten with nostalgic curiosity, found in Van-Leo and his work a living link to an otherwise irretrievable past.

Pushing the limits of old age and ill-health, Van-Leo finally stopped making photographs in 1998. Fearing for the future of his negatives and prints, he made the decision at the prompting of a friend and fellow photographer, Barry Iverson, to donate his entire corpus of work and equipment to the Rare Books and Special Collections Library at the AUC, which today houses The Van-Leo Collection. The Arab Image Foundation in Beirut, an organisation devoted to collecting and preserving old photographs of the Middle East, nominated Van-Leo for the prestigious Prince Claus Award, which the Cairo Photographer won in 2000. However, he would only enjoy for a short time the revival of interest in his work that the award afforded. Van-Leo passed away in March 2002 at the age of 80.

Since then Van-Leo has not surprisingly become something of a legend within the Middle East photographic community. A number of articles about his life and work, written by friends and colleagues who knew him in his final years, abound. Each pays homage to a man who, in his insistence to persevere in his art, found himself increasingly alienated from society and life at large. The apocryphal and almost at times mythical quality of these tributes, each reaching deep into an obscure past, mirror the extent to which mystery and ambiguity still surround Van-Leo as a man – a mystery made more fulsome and enigmatic by his own photographic fictions, which often overshadowed the reality of who he was... 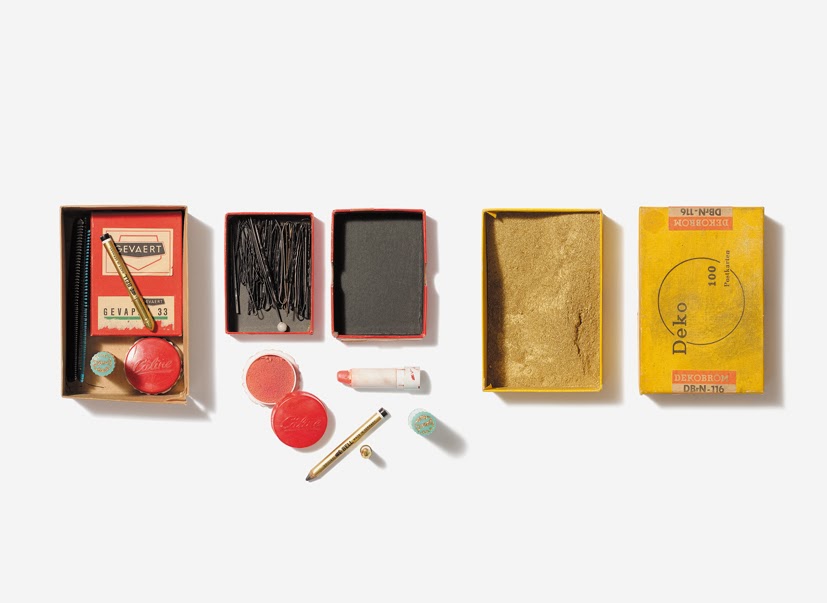