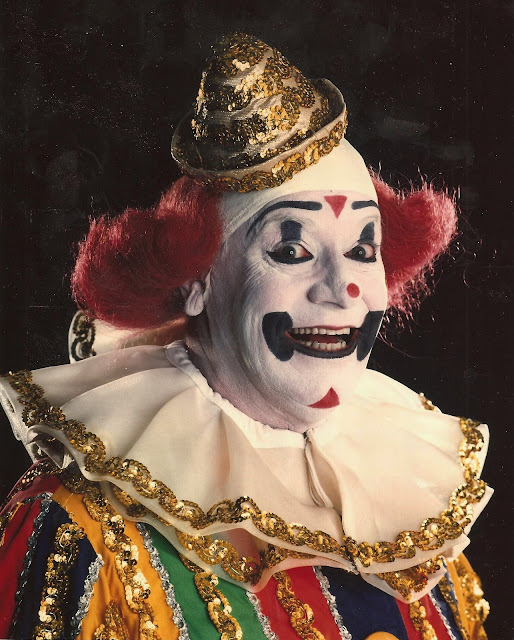 aka. Duane Thorpe [1924-1995]
➔ Doug and Duppy's Traveling Circus
Inducted into the 2000 Clown Hall of Fame. Duane "Uncle Soapy" Thorpe is one of the few clowns to have had a successful career while working for only one circus. (Although Duane was in his fair share of soap gags through the years, his moniker was actually based on a family nickname.) A professional dancer, Duane sought a job with Ringling Bros. and Barnum & Bailey for the fresh air and good food. He was given a job in the wardrobe department. Before long, he was learning to be a web sitter for the aerial ballet. In 1950 he made it to Clown Alley and stayed there until 1986. Duane’s list of accomplishments is quite lengthy. A prolific producing clown, he created ring gags, track gags, and numerous walkarounds.
➔  Clown Ministry