Albert Lewin tried to find work for Man Ray in Hollywood, finally getting him a job on one of the last films Lewin made in America, Pandora and the Flying Dutchman.  Lewin needed a color photograph of Ava Gardner in her period costume.  "She was absolutely ravishing," Man Ray said of Gardner.  "no film, I thought, had ever done her justice.  And as a model, no one in my experience with mannequins and professionals surpassed her."  Man Ray felt that Gardner posed for still photography as if before a movie camera.  In fact the portrait appears in the films as if it were a painting.  ➔ The Bad and the Beautiful: Hollywood in the Fifties by Sam Kashner and Jennifer Macnair 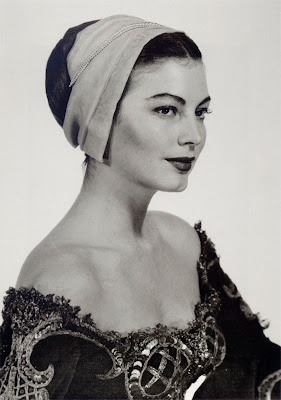 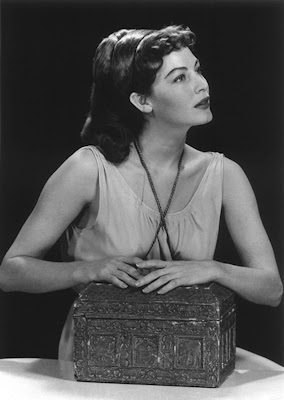 ➔  Pandora and the Flying Dutchman, 1951 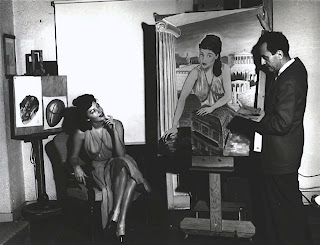 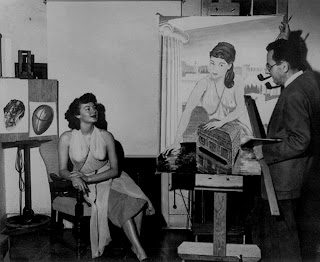 Although she sat for Man Ray, Gardner's portrait intended for the film was rejected and replaced with a more de Chirico-esque painting by set designer Ferdinand Bellan. 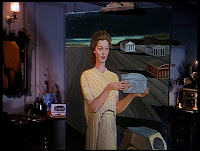 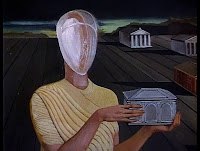 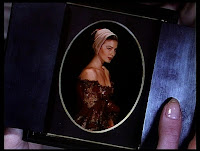 Ray's color photograph was used as a portrait miniature.