“September 1955, and the weather was getting worse. Then on the seventh day, a Sunday, I found the greatest single object of all. Eager to work faster, I took a water hose down to the bottom and turned on the jet to blast sand from the area below the brain coral. After carving a deep hole I turned the jet off. When the debris settled, my eyes fell on a gold cross, lying face down in the sand. I picked it up and turned it over.

Awe struck, I counted the large green emeralds on its face. There were seven of them, each as big as a musket ball. From small rings on the arms of the cross hung tiny gold nails, representing the nails in Christ’s hands, and at the foot was the ring for a third, which had been lost. The ornate carving, while beautiful, was somewhat crude, indicating that Indians had made the cross. It remains my most treasured discovery.”

A treasure ship from the Spanish colonial period, the San Pedro was part of the Nueva Espana fleet which carried manufactured goods from Spain to the New World and returned with gold, silver, coins, jewels and other valuable products.

It was in November 1596, en route from Cartagena, Columbia to Cadiz, Spain, and laden with treasure, that the 350-ton merchant ship was wrecked on Bermuda’s inner reef.
She was discovered in 1950 by veteran shipwreck diver, Teddy Tucker and Robert Canten. Tucker knew that she was old and named her ‘The Old Spaniard’. However, it was only when he started to work on the site that he realised the true significance of his find.

Among the treasures recovered was a gold pectoral cross with seven emeralds, said to be one of the most valuable pieces of jewellery retrieved from any Spanish shipwreck. The cross was on display at the Bermuda Aquarium, Museum & Zoo for many years.  However, in 1975 when it was removed from its case during a royal visit, it was discovered that the cross had been stolen and replaced with a paste replica.  Its whereabouts remain unknown.  ➔  Bermuda Monetary Authority 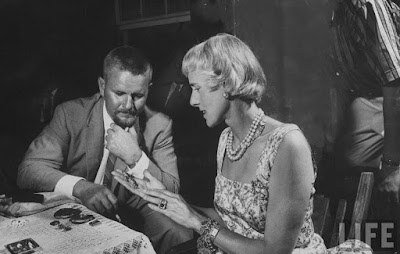