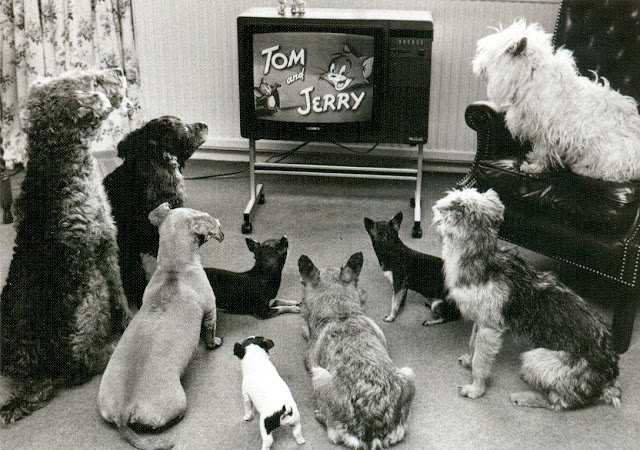 The flagship cartoon from the veteran team of William Hanna and Joseph Barbera, Tom and Jerry featured an ever-dueling cat and mouse who never spoke. They first appeared in the 1940, theatrical short "Puss Gets The Boot" (in which Tom was called Jasper), and were an instant hit with audiences. Although initially intended as a one-shot cartoon, the pressure from distributors for more cat-and-mouse stories resulted in the development of the Tom and Jerry series.

The two had a familiar relationship - Tom chased Jerry and usually ended up being outsmarted by the plucky little mouse. A typical afternoon for the feuding pair: Tom, a gray cat with a devilish, Machiavellian glint in his eyes, and Jerry, a small, brown, cherubic yet cheeky mouse, chased each other around a kitchen, demolishing the ice box, ironing board, plate rail, a whole sink full of dishes and littering the floor with egg shells, dripping yolks and oozing jam. The kitchen battle waged on, its final outcome unknown to the participants. But to the people watching in the darkness of the theater, there was little doubt as to the identity of the victor - it would be the little mouse.


In 1965, the Tom and Jerry theatrical shorts came to television, packaged with episodes of Tex Avery's Barney Bear and Droopy. Even though their long-running theatrical career came to an end two years later, when MGM Studios closed their animation department for good, the feuding duo would not be resigned to cartoon limbo forever. In 1975, ABC tried another version, The Tom and Jerry/Grape Ape Show (this time created by Hanna-Barbera Studios). In 1980 they appeared along with new versions of their old friends Droopy, Barney the Bear and Spike and Slick, in The Tom and Jerry Comedy Show (with animation by Filmation), and appeared again several years later as younger versions of themselves in 1990's Tom and Jerry Kids.   The Cartoon Scrapbook 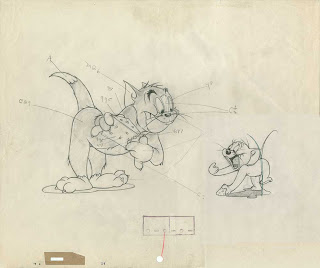 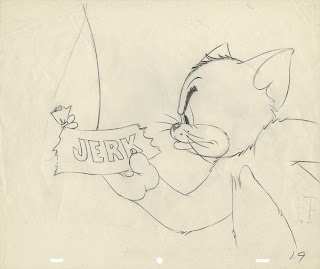 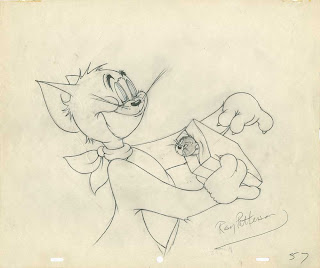