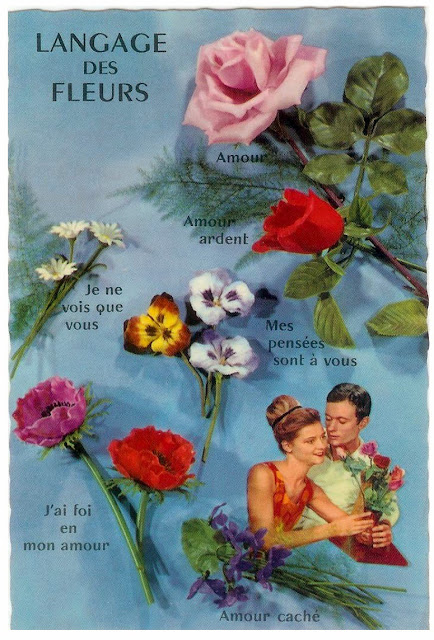 FLOWERS, Language Of, or Florigraphy. The language of flowers is supposed to have been used among the earliest nations; but the Greeks are the first users of whom we have any trustworthy records. They carried it to a very high degree, using flowers as types of everything interesting, public as well as private. The Romans also had a well-developed flower language, and its study was revived during the Middle Ages, when chivalry became preeminent; and it received great development at the hands of the Roman church. Flowers have had an important part in all mythologies. Oak was the patriot's crown, bay the poet's, and the myrtle the crown for beauty. The olive was the token of peace, as the ivy was the emblem of Bacchus. The significance of many flowers is derived from their properties. The amaranth has been selected to typify immortality because of its duration. The rose, by universal suffrage made the queen of the flowers, has a symbolism varying with its color: a single red rose signifies "I love you"; the small white bridal rose typifies happy love; and the moss-rose bud a confession of love.  The following are some wellknown flowers, with their symbolism as used in poetry: