Michael Powell and Emeric Pressburger – with Cardiff, the composer Brian Easdale and the designer Alfred Junge – took British films into an area of fantasy and romance previously dominated by European expressionism and spangled American spectaculars.

Ostensibly innocent entertainments, which were sometimes sermons on universal brotherhood or passionately patriotic, the films – like fairy tales – were frequently underpinned by obsessive passion, often ugly in its consequences, and unfolded in a highly stylised fashion that reflected Powell's love of opera and ballet.
For Black Narcissus, Cardiff conjured from studio sets a Himalayan fantasy: a rhapsody of lush jungle, rivers, precipitous snow-capped mountains and blood-orange sunsets that Rumer Godden – author of the original novel, about a group of troubled nuns – called "magical" and the saving grace of the film, which was "otherwise without an atom of truth".
In The Red Shoes – the story of a ballerina's fatal obsession with her art – Cardiff's fluid camera and bold use of colour created a unity from naturalistic, staged and dream sequences. He had a remarkable gift for telling a story with colours, and used red to striking effect: there is the red dress and lipstick of Kathleen Byron's lovesick nun in Black Narcissus, and the red ballet shoes that torment Moira Shearer's ballerina.
Cardiff could find eroticism latent in the most unpromising circumstances, and few were able to light women as he could: his close-ups of burning eyes and moist lips revealed passionate depths in such demure actresses as Deborah Kerr and Kim Hunter.
His work for Powell and Pressburger's Archers production company made him one of the most celebrated of international cinematographers, and he brought elegance and humour to many American films. He worked with directors such as Alfred Hitchcock, on Under Capricorn (1949); Albert Lewin, on the deliriously poetic and sensually overladen Pandora and the Flying Dutchman (1951); Richard Fleischer, on the swashbuckling The Vikings (1958); and Laurence Olivier, on The Prince and the Showgirl (1957). Of the last of these films, Cardiff said: "[Marilyn] Monroe was a manic depressive. Olivier should have got an Oscar for his patience."
He also survived working with John Huston, for whom he filmed The African Queen (1951), a project of celebrated hardship made in colour, with Huston at his most perverse, more interested in hunting than in filming. 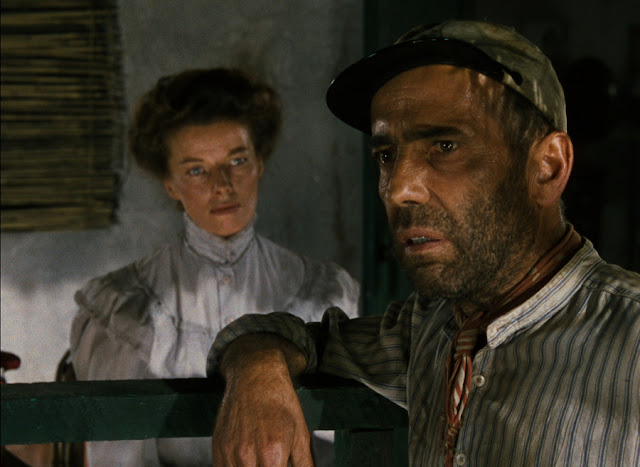 For King Vidor, Cardiff filmed the gargantuan battle scenes in the American/Italian production of War and Peace (1956), for which he received one of his numerous Oscar nominations. In the event, he won only once, for Black Narcissus.
The son of music hall performers, Jack Cardiff was born at Great Yarmouth on September 18 1914. His parents toured extensively, and Jack later claimed to have attended a multitude of schools. He made his film debut at the age of four, and in a subsequent role he played a boy who dies after being run over – his demise took three days to film, a harrowing experience for his parents since his elder brother had died in infancy.
After appearing in a dozen films, Jack's acting career stalled, and he found work as a runner on set. He showed an interest in photography, and by 1935 he was a camera operator on René Clair's The Ghost Goes West. He was fascinated by the new process of Technicolor, on which he quickly became an authority, and was involved in Wings of the Morning (1937), the first Technicolor film to be made in Britain.
During the Second World War Cardiff filmed Western Approaches (1944), a remarkable mixture of documentary and fiction exalting the exploits of Britain's Merchant Navy, and began his long association with Powell and Pressburger, with whom he worked on The Life and Death of Colonel Blimp (1943), an affectionate tribute to the British national character which none the less enraged Winston Churchill (he deemed it to be unpatriotic).
In 1946 Cardiff was asked by Powell to light and photograph A Matter of Life and Death, in which David Niven plays a wartime pilot who, after being killed in a crash, is overlooked by the heavenly messengers sent to collect him; and, since he has developed a profound affection for an American servicewoman (Kim Hunter), is given a second chance after a prolonged heavenly court case.
For this film Cardiff contributed memorable trick sequences (time stands still when the heavenly envoy appears) and photographed a grandiose, if chilly, view of the hereafter (vast staircases and antiseptic waiting rooms). A Matter of Life and Death was selected for the first Royal Film performance and cemented Cardiff's place with Powell and Pressburger's Archers production team.
In the 1960s Cardiff made a prolonged foray into directing. He favoured fantastic or poetic subject matter, with mixed results. For a long time he treasured hopes of filming James Joyce's Ulysses, but they were never realised. His other attempt to film internal monologue – Girl on a Motorcycle (1968) – was one of the most unintentionally hilarious films of the decade.
Also known as Naked Under Leather, it stars Marianne Faithfull as a continental bimbo who leaves her sleeping husband, zips herself into black leather, straddles an enormous motorbike and thrashes off to seek the heartless intellectual (Alain Delon), who alone can satisfy. At a sexual climax induced by her beloved machine, she crashes spectacularly and dies. One feature of this fetishistic curio is that even on the most extreme bends the motorcycle never appears to deviate from the vertical.
Another peculiar venture was The Scent of Mystery (1960). Made for that quintessential showman Michael Todd, it was the first film to be presented in Odorama, or "Smell-O-Vision", a system that released odours in a cinema so that the audience could "smell" what was happening on the screen.
More successful was Cardiff's version of Sons and Lovers (1960), with Dean Stockwell, Mary Ure and Wendy Hiller, which won Cardiff a number of critics' awards and was nominated for seven Oscars. He also directed The Lion, with William Holden (1962); The Long Ships (1963); and he took over the direction of Young Cassidy (1964) when John Ford fell ill.
In the 1970s and 1980s Cardiff returned to work as a cinematographer of romantic films set in exotic places. He had never taken to the naturalism of dirty fingernails and housing estates, and his rich style could look naive, or even stuffy, alongside the fast cutting and violent images of the video age.
Among his films were Ride a Wild Pony (1976), Death on the Nile (1978), Tai Pan (1986) and The Awakening (1980), a dreadful horror film from the team which made Blood from the Mummy's Tomb.
He went over the top once more, with the director Richard Fleischer, on Conan the Destroyer (1984) and Call from Space (1988). He also photographed Sylvester Stallone's gleaming torso sweating its way through mud, blood and heavy undergrowth in Rambo: First Blood, Part II (1984).
In 1994 the Los Angeles Society of Cinematographers presented Cardiff with its international award for outstanding achievement; the next year he received a lifetime achievement award from the British Society of Cinematographers. In 2000 he was appointed OBE, and the following year he was awarded an honorary Oscar.
Jack Cardiff published an autobiography, The Magic Hour (with a preface by Martin Scorsese), in 1996. He enjoyed painting, and said that the French Impressionists had been a major influence on his work with the camera. (from Jack Cardiff's obituary in telegraph.co.uk, April 24, 2009.)